Great apes have you on their mind

For close evolutionary relatives, you could say that we look somewhat similar. And the more we learn about our great ape cousins, the more we find that we're alike.

A new study published in PNAS suggests that great apes -- including chimpanzees, bonobos, and orangutans -- have a theory of mind, meaning that they can understand others' mental states. A lively debate about whether any nonhuman species possess this ability has spanned decades.

As humans, we use a theory of mind to navigate in society.

Study author Fumihiro Kano of Kyoto University's Kumamoto Sanctuary and Primate Research Institute, together with a team composed of scientists from the Max-Planck Institute for Evolutionary Anthropology and the University of St Andrews, had previously demonstrated that great apes can anticipate an agent's actions, even when that agent has a false belief about reality. This is one of the strongest pieces of evidence that great apes can understand an agent's theory of mind.

Explains Kano: "We initially created a movie based on an established psychological test -- especially exciting for apes -- and combined this with eye-tracking technology to record gaze patterns indicating anticipation of an agent's behavior based on an understanding of the agent's false belief."

The principle behind this previous test was to reveal that the apes could understand what an agent -- a human, being observed – falsely knew about the location of an object, even when the object was translocated while the agent was away.

The apes appeared to successfully demonstrate an ability to anticipate the agent's actions, even when the agent held false knowledge about the object's location.

However, one key alternative explanation, the so-called 'behavior rule' account, was not tested: did the subjects genuinely understand the agent's mental state -- the agent's false belief about the object location -- or merely rely on specific rules about the agent's behavior, namely that the agent tended to visit the location last seen? 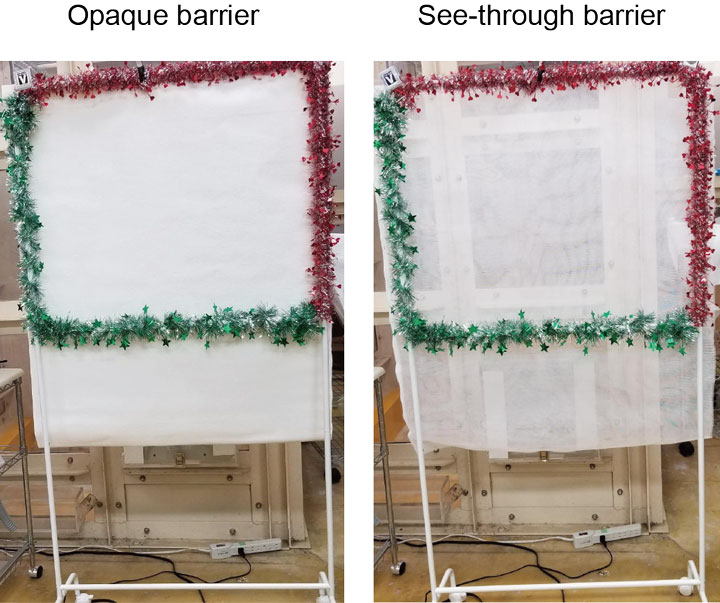 To investigate this question, the team this time applied a new twist. In a 'goggles' or 'trick blindfold' task, the two groups of apes experienced either of two barriers: a 'true' barrier made of an opaque material, or a 'trick' one which appears to be opaque from a distance but becomes transparent up close.

In a new video shown to the apes -- both groups saw the same movie -- an agent can be seen hiding behind a barrier while an object is translocated to the front of it. This barrier is identical in appearance to the ones experienced by the apes, leading to the critical question: could the two groups of apes -- having had different experiences with the barriers -- infer the agent's ability or inability to see through the barrier, based on their own experiences? 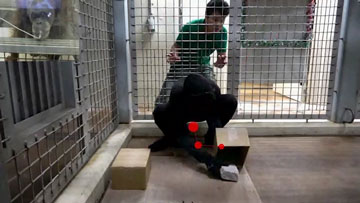 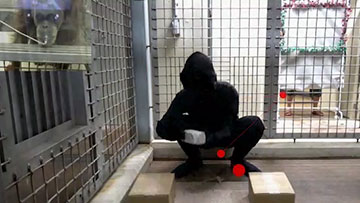 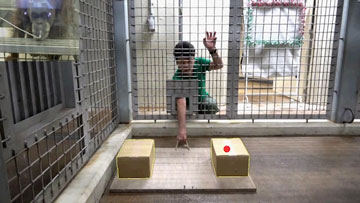 So indeed yes: the apes were able to make the correct inference. The researchers conclude that their findings ruled out a purely behavioral explanation, because the two groups of apes anticipated the agent's behavior based on their own experiences with the barriers, even when both groups had observed the agent acting in an identical manner.

"We are excited to find that great apes actually passed this difficult test," remarks Kano. "The results suggest that we share this ability with our evolutionary cousins. We plan to continue refining our methods to test further non-mentalistic alternatives to the theory of mind in nonhuman animals."